What to Expect from the Upcoming Purbeck Literary Festival 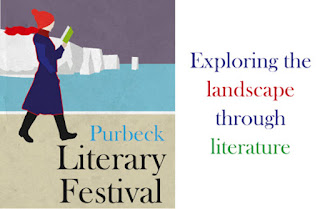 Purbeck Literature Festival in Dorset on England's South West Coast is soon approaching. The festival is running from February 16th - 25th, and will be hosting a fantastic array of events. From wild tales of travels, nature, poetry, music and art, to adventures in restoring old buildings, finding fossils and a whole host of kids events.

We spoke to the organiser Emma Fernandez to find out more about what to expect from this year's festival, learn the literary history of the town, and get some tips on events not to be missed.

Tell us a little about the history of the Purbeck Literary Festival.

The festival came about as I was working on promoting the area, which included a year-long Enid Blyton Campaign to celebrate the 70th anniversary of the Famous Five. And so we thought we might be able to do a weekend children’s festival here too. It seemed to go down well, but after feedback it was thought we could pull off a whole event over the course of February half term in two weeks.

2017 is a little different as it’s just a week, and we have lots of events at our festival hub at Durlston Castle rather than numerous village halls, etc.

We have a ‘wild’ theme to celebrate the outdoors (Autumn Watch has just recently been here) and the whole of the UK has gone mad for adventure. We have the best of the UK’s coast and countryside so it’s a great way to incorporate the environment: wild seas, travel, history, wildlife, and even wild romance!

Last year we had cracking success with award winning explorer and adventurer Jason Lewis who packed Swanage library, as well as a wonderful night of music and words from Sunny Ormonde (The Archers' Linda Bellamy), and who could forget Katie Fforde launching us in 2013 ...

If you were going to recommend three key events, which would they be?

Rowan Coleman’s High Tea would definitely be on my list, as well as Marianne Surh from TV’s Restoration; she is coming to do an evening on how to restore your house or building sensitively. Paul Stickland of Dinosaur Roar is opening our event and bringing his bug shop, which should be super, as should Stamford Travel shortlisted writer and adventurer Nick Hunt, who is coming to Wareham Library.

Tell us something about Purbeck we wouldn’t know.

Purbeck was home to a host of literary figures. The area is famous for Hardy and Blyton but it should be celebrated for so much more: Ian Fleming went to school here, Tolkien was a regular visitor to Durlston, and HG Wells' ashes were scattered from the cliffs. T. E. Lawrence (of Arabia) also used to have tea every Friday at the Fisherman’s Catch Cafe, but he was only known as the soldier with the motorbike then ...